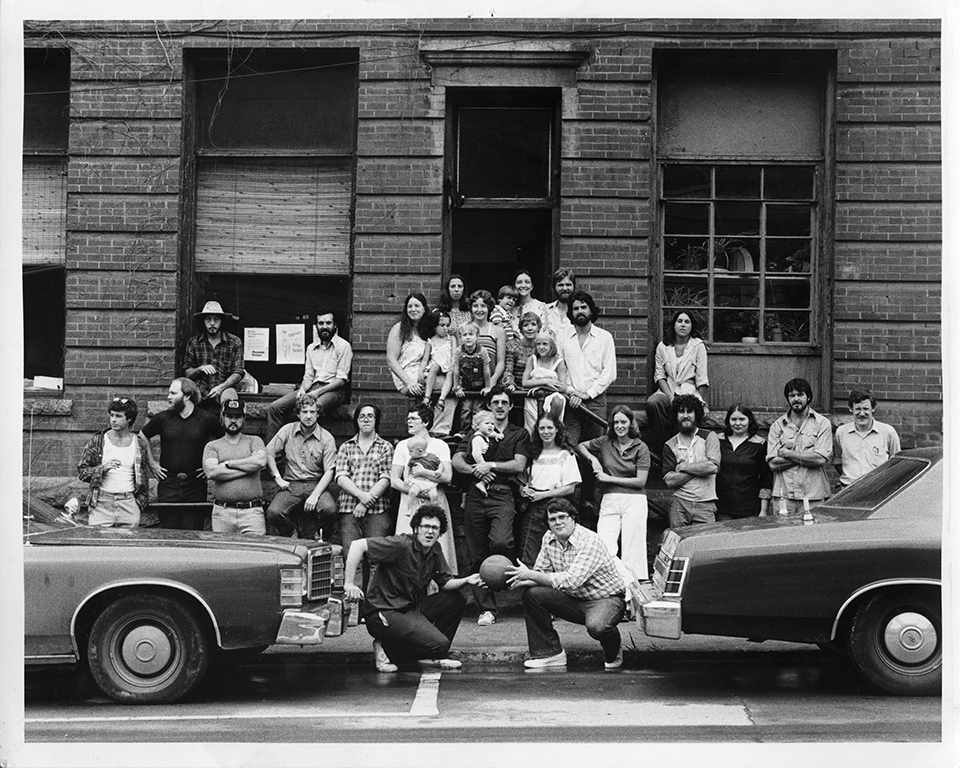 Ben Fink, a Roadside Theater ensemble member, leads Roadside/Appalshop’s Performing our Future project. He has organized with faith, labor, and homeless organizations in Minnesota and Connecticut; directed youth theater and creative writing programs in rural southern New Jersey; served as dramaturg on the German premieres of several Broadway musicals; and served on the board of directors of Pedagogy and Theatre of the Oppressed, Inc. Ben holds a Ph.D. in cultural studies from the University of Minnesota. His writings on culture, education, and organizing have been published by the National Endowment for the Arts, Salon.com, Moyers & Company, HowlRound, and ArtPlace America.

​Rachel was raised on a sheep farm in southeastern West Virginia. She received a BA from Hampshire College in 2007 and a MA in Folklore from the University of North Carolina at Chapel Hill in 2017. Rachel has worked as a youth advocate and educator in a Transitional Living Shelter for homeless youth in TX, and Adult Basic Education classrooms and public schools in WV. A long time member of the STAY Project, Rachel has been gathering interviews with rural and small town LGBTQ+ folks across the United States for an ongoing multimedia oral history project called Country Queers since 2013. Rachel joined the Appalshop team in the fall of 2017 as WMMT’s Public Affairs Director. She is the proud human to a small dog, a big cat, an ever-fluctuating number of runner ducks, and dreams daily about adding goats to the list. 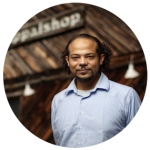 Alex graduated from Berea College in 2008 with a B.A. in Philosophy and earned his J.D., Doctor of Laws, from the University of Pennsylvania Law School in 2012. Alex also holds certificates in International Comparative Law from Queen Mary at the University of London, England, and in Thai and Southeast Asian Studies from Payap University in Chiang Mai, Thailand. Alex now serves as the Executive Director of Appalshop, a multi-media arts organization located in Whitesburg, Kentucky.

Before joining Appalshop, Gibson practiced law within the Torts, Insurance, and Business Litigation practice groups at Stites & Harbison, PLLC in Louisville, Kentucky, and in the Business Litigation group at Ballard, Spahr, Andrews, and Ingersol in Philadelphia, Pennsylvania. Before entering private practice, Gibson served as a federal law clerk for the Honorable Thomas W. Phillips, U.S. District Judge for the eastern district of Tennessee, where he assisted in the resolution of multi-million dollar law suits, federal criminal trials, and critical questions of constitutional law; particularly, those issues that implicate the First Amendment. Prior to his clerkship and while attending law school, Alex provided Pro Bono legal services to asylum seekers from central and west Africa; he conducted tax workshops in west Philadelphia and was part of a delegation that went to serve Mombasa, Kenya, in order to teach constitutional law to women’s rights groups in the wake of Kenyan constitutional reform. 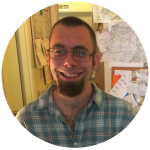 Marley joined Appalshop in June of 2017 as a Community Development Worker. A native of Virginia, he graduated with a B.A. in Anthropology and Environmental Studies from James Madison University in 2009, and graduated from the University of Virginia with a Master’s Degree in Urban and Environmental Planning in 2017. Prior to joining Appalshop, he worked as an environmental and economic justice community organizer in Southwest Virginia, linking ecological sustainability, community economic resilience, participatory democracy and social justice in pursuit of a better tomorrow for all. Marley is a passionate gardener, canoeist, and occasional host of the Whirled Beet on WMMT. 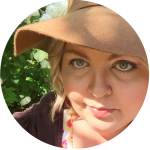 A daughter of a retired middle school teacher and coal truck driver, Willa Johnson grew up and has returned to her home community in Letcher County. She has served as an Appalachian Transition Fellow, is a co-founder of the Stay Together Appalachian Youth Project (STAY), and is a newly licensed foster parent. Willa recently worked for the Kentucky Valley Educational Cooperative (KVEC) Community Engagement team where she created FIREshare, a program designed in collaboration with The Holler to train teachers and students to use multimedia tools to tell their own stories about their schools and communities.  She participated in the Appalachian Media Institute as a youth intern in 2007, worked as Lead Educator in 2015, and has recently returned as Program Coordinator. 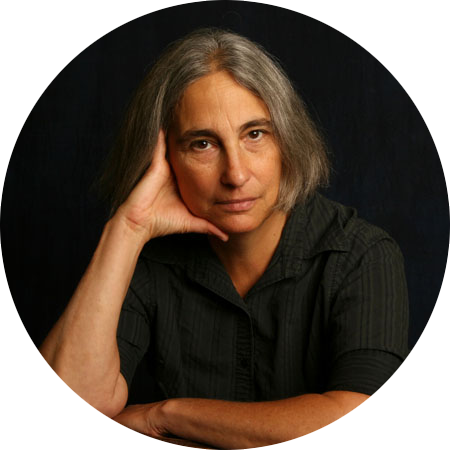 director/assistant camera for Harlan County, USA, the Academy Award-winning documentary, which focused on the Brookside, KY strike of 1975. After the strike, Lewis moved to the coalfields where she lived for 25 years. Among documentaries she has produced, directed and edited are To Save the Land and People (SXSW, Texas Documentary Tour), a history of a militant grassroots environmental movement; Justice in the Coalfields (INTERCOM gold plaque) about the community impact of the Pittston strike in southwest Virginia; On Our Own Land (duPont-Columbia award for independent broadcast journalism) about the citizens’ movement to stop broad form deed strip-mining; and Chemical Valley, co-directed with Mimi Pickering, (P.O.V., American Film and Video Blue Ribbon) about environmental racism. Her documentary Fast Food Women, about women struggling to raise families in minimum wage jobs with no benefits, received national airing on P.O.V. and was part of a Learning Channel series of films about women by women. Other recognized work includes Evelyn Williams, about an African-American activist, coal miner’s wife and mother of nine (Juror’s Choice, Black Maria Film Festival, Margaret Meade Festival); and Belinda, about AIDS-activist Belinda Mason who spoke of the need for a collective response not crippled by homophobia, racism, fear or ignorance (CINE Golden Eagle). In 2012, Lewis and Mimi Pickering will released their latest Appalshop documentary, Anne Braden: Southern Patriot, an exploration of the life and legacy of this renowned racial justice activist. Lewis lives in Austin, TX, and is a Senior Lecturer teaching media editing at the University of Texas. 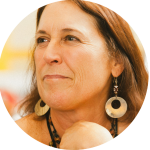 Mimi Pickering is an award-winning filmmaker and director of Appalshop’s Community Media Initiative (CMI). Pickering is a recipient of a Guggenheim Fellowship and two Kentucky Arts Council Artist Fellowships. Her film, The Buffalo Creek Flood: An Act of Man, was selected by the Library of Congress for inclusion in the National Film Registry in 2005. Other documentaries include Chemical Valley, an examination of environmental racism in West Virginia’s Kanawha Valley after the Bhopal disaster in India, which aired on the PBS series P.O.V., and Hazel Dickens: It’s Hard to Tell the Singer From the Song, a film The Oral History Review described as “a powerful tale told by one of Appalachia’s most reverent filmmakers working today…” Most recently Pickering and Anne Lewis produced Anne Braden: Southern Patriot, a biography of this storied civil rights and civil liberties activist. As CMI Director, Pickering produces Making Connections News, a joint effort with WMMT-FM to share stories exploring sustainable economic options for the coalfields. She also is a team leader for All Access EKY, a collaboration to leverage youth-produced multimedia storytelling and community-based decision making to raise awareness and support for comprehensive reproductive health services for women in Appalachian Kentucky.

Donna Porterfield, Managing Director of Roadside Theater, has been instrumental in the creation and documentation of Roadside’s community residency model and methodologies; worked with prisoners and corrections officers to write a play, Thousand Kites; worked with an Appalachian women’s shelter staff and survivors of abuse to write and direct a play, Voices from the Battlefront; produced Roadside’s ongoing, 36-year collaboration with traditional Native American artists in the Pueblo of Zuni, New Mexico and co-edited Journeys Home: Revealing a Zuni—Appalachia Collaboration, a bilingual book that probes and documents the collaboration.  She has served as consultant to the National Endowment for the Arts, Kentucky Arts Council, Arkansas Arts Commission, Virginia Commission for the Arts, Urban Bushwomen, Alternate ROOTS, South Arts, and Mid-Atlantic Arts Foundation, among others.

Daryl Royse joined Appalshop in February of 2017 as 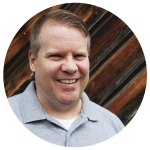 Financial Director. He is a native of Flemingsburg, Kentucky, and graduated from Georgetown College with degrees in Accounting and English.  After pursuing graduate work at Morehead State University in English and Music Education, he moved to Lexington, Kentucky, focusing on his professional career in Accounting.  During this time, Royse also served over 15 years on several LGBT non-profit boards, including Moveable Feast Lexington, the Lexington Pride Festival committee, and the Imperial Court of Kentucky.  Much of this work was to increase access to basic services, promote equality and fairness, and facilitate community awareness.  Building on previous small business ventures in the hospitality industry, Royse relocated to Whitesburg in the fall of 2015 and, with his husband Brad Shepherd, opened Heritage Kitchen, an American comfort food restaurant.

Caroline joined the Appalshop Archive staff in 2007. She oversees the management of Appalshop’s collections of

audiovisual, photographic and paper materials, facilitates access to the collections, and helps to plan and execute public programming. Her outreach work has included conference presentations for professional and scholarly groups, including the Association of Moving Image Archivists, Alliance for Community Media, and Appalachian Studies Association. She advocates in various forums for the preservation of independent and community media. Caroline is a graduate of NYU-Tisch School of the Arts’ Moving Image Archiving and Preservation program, and is a native of northern New Jersey.

Appalshop Board of Directors 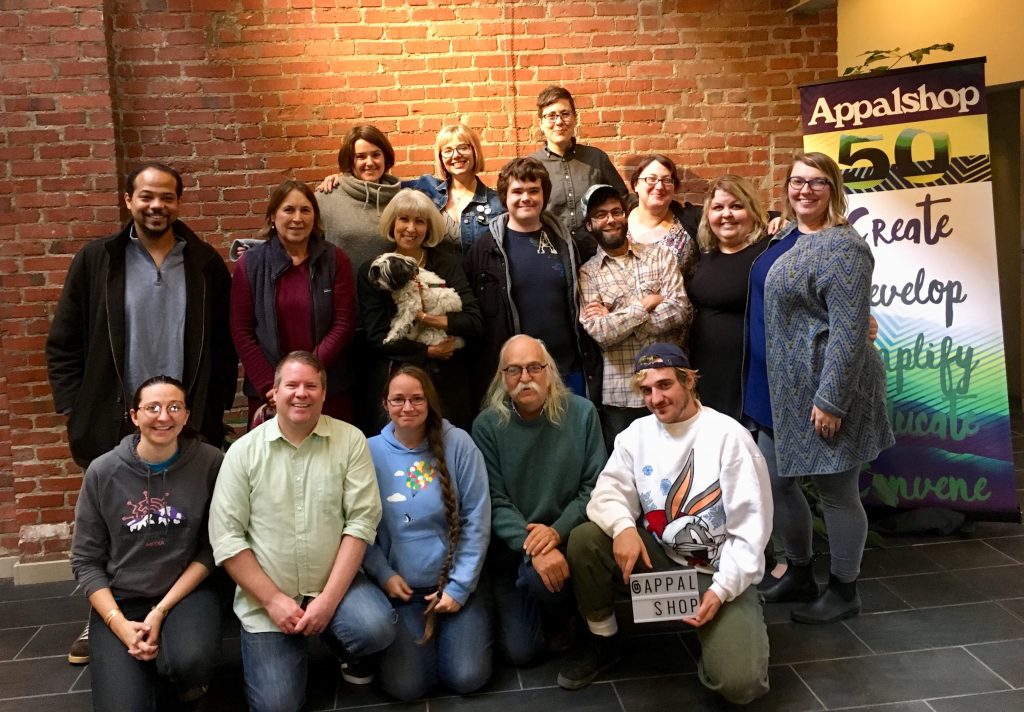